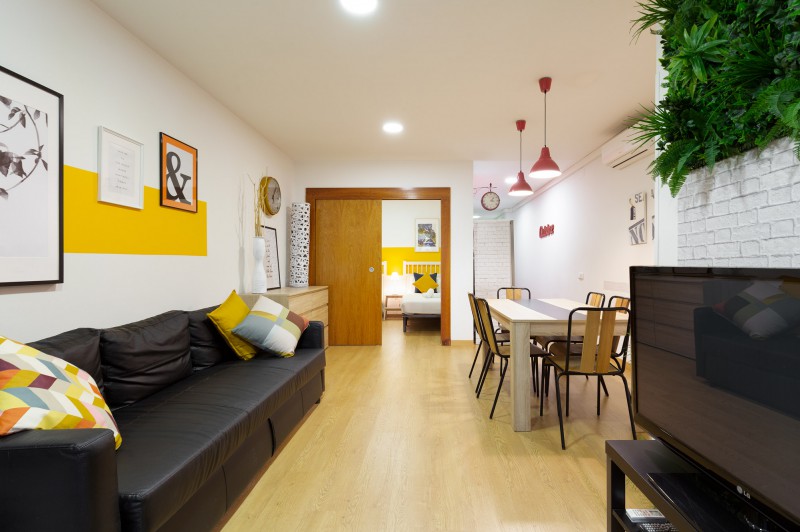 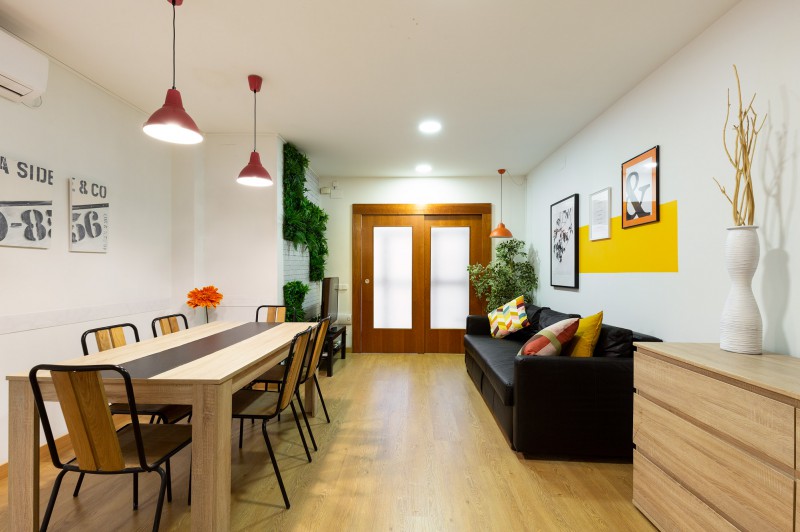 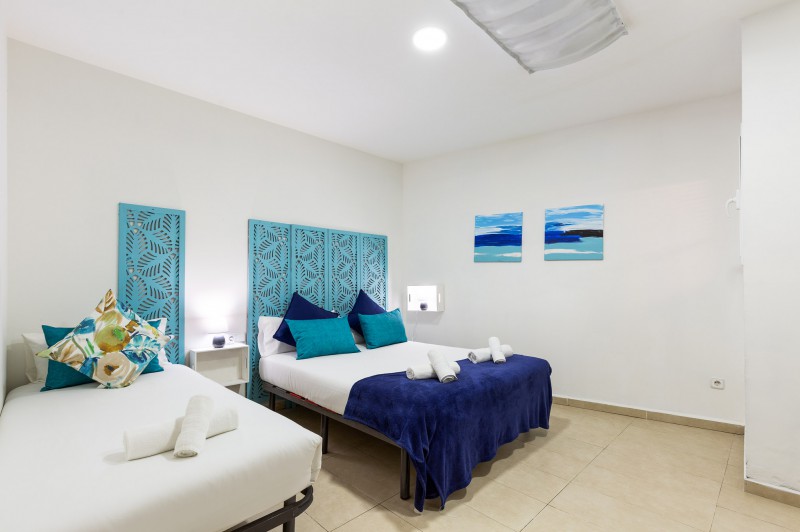 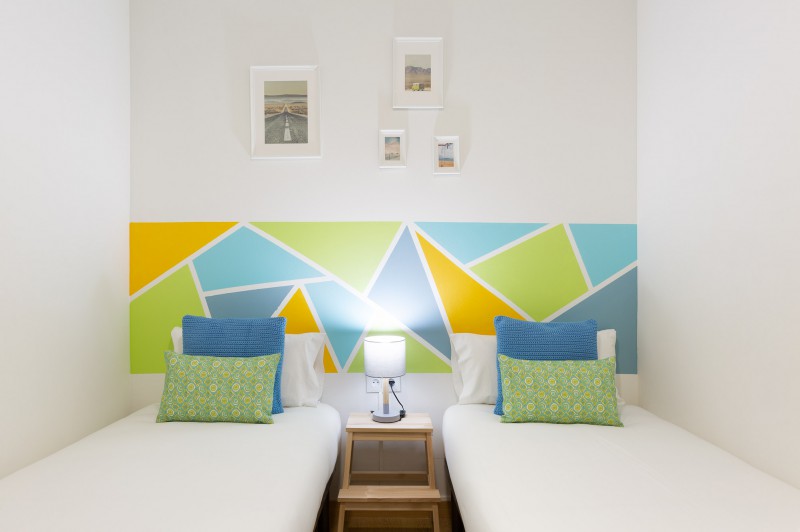 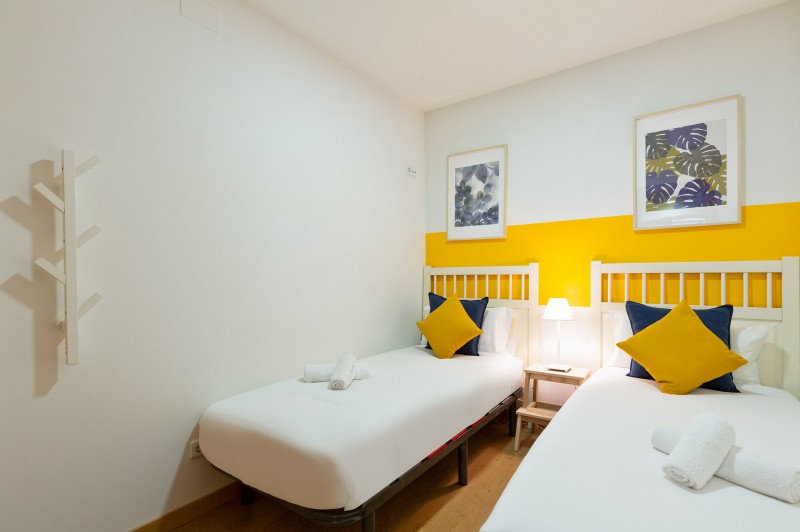 4
We spent three days there, and it was a great experience. The place was easy to find (very close to the Sagrada Familia), and it was immaculate and well organized, which was very appreciated by our group of 6 people. Also, the kitchen is fully equipped, and there are close supermarkets. My only suggestion is to keep an eye on the water heating system as it seems slow, which can be uncomfortable for those who like hot showers. But anyway, this issue was something mentioned to the owners, and they were happy to sort it out. I highly recommend this place for groups of friends visiting Barcelona
Fernanda
/
Brazil

5
The place and the location was beautiful. The late arrival fee was incomprehensible for me. Everything els was okey.
Judit
/
Hungary

4
Our stay at the apartment was pretty good. There was plenty of space for 5 people. The rooms were clean and the beds comfy. Location is good, right next to Sagrada Familia and a subway station. Plenty of shops and food nearby. We had zero problems with the check in and hosts. The only issue we had was a very small leak from the window in one of the bedrooms when it was raining but the hosts are notified. Overall would recommend for a group of friends visiting Barcelona.
Plamen
/
Bulgaria

4
Great location, accessible to Metro, just by the footstep of sagrada Familia..... but not great neighbours. On the positive note: -Our host Daniella was very helpful and accomodating. We arrived at 0215 and she came right after even before the 3pm check in. -Closed to Sagrada Familia -Accessible to the public transport (metro and bus). -Few steps from shops and restaurants. -The apartment is spacious. -Working cooking hub and dish washer. -Working washing Machine and dryer. -Check out was very easy. On the other hand, these slight issues can easily be sorted: -The apartment were dusty and hairs in some corners of the apartment when whe arrived - (needs proper cleaning). -Needs furniture in the toilets to put stuff when having a shower. -There is one furniture in one of the toilets but it's broken. -Some coat racks by the rooms were loose from the wall. -The hot water in the shower only works for few minutes and hot water dissapears. -The pre check in was daunting as they require a lopt of personal information, such as passport numbers etc. -Washing machine and dryer is located outside the apartment and the plug can be accessed by neighbours. -No locks on rooms -No locks on toilet for privacy. -Unfriendly Neighbours* *I said unfriendly neighbours because we switched the washing after 8pm and we closed the door and went to sleep. Only to find out in the morning that the washing machine and dryer were unplugged by the neighbours even before the washing machine is not finished its cycle and ended up having an unfinished washing. We had to call the customer service and quickly sent a maintenance guy. The maintenance guy only took a long stick and pushed the plug that is connected from the neighbour and the washing machine started working again. In the morning at 8am, we tried to switch on the dryer to sort the very wet clothing the night before, only to be told be the neighbour that we have to stop as it's too noisy and the washing machine and dryer is next to his room, that we can only start using the washing machine and dryer by 9am to 9pm. The overall experience was a positive one except the neighbour. -
Jim
/
United Kingdom of Great Britain and Northern Ireland

5
Apartment was very clean and in a great location. Lots of nice touches which made our stay easier such as soaps, shampoos and shower gels
Eddie
/
United Kingdom of Great Britain and Northern Ireland

5
The location of the apartment is very good. It is close to the metro station and other means of transport. You can go anywhere. The communication with the manager of the apartment was also very good. The apartment is quite well laid out. There are plenty of closets and it has everything a traveler needs. (iron, vacuum cleaner, 2 hair dryers, etc.) Its disadvantage was that it had only one small window and poor ventilation. It wasn't very bright. I would add a shelf in the bathroom for someone to put their things on.
Eleni
/
Greece

5
Literally steps away from Sagrada Familia very central with shops close by. No windows is fine, would recommend for a group holiday if you plan to be out all day!
Isobel
/
United Kingdom of Great Britain and Northern Ireland

4
Stay unique was so great! Only one small part of checkout that bothered us, but other than that amazing!
Alex
/
United States of America

4
We really enjoyed our stay. The house was nice, well equipped and in a perfect position. There was a little inconvenience with the bathrooms but it has been solved very quickly. We really appreciated the promptness of the Stay U-nique team! The only downside was the complexity of the procedures and the burocracy needed to complete the reservation. In case of big groups it can really become annoying. However, in the end we have been totally satisfied. thank you all!!
Federica
/
Italy